I walked into Duikelman to buy a speculaas plate. The mold to make the Dutch windmill cookies that are known throughout the world. Now it’s always dangerous to walk into Duikelman. If you like cooking, it’s pretty close to what heaven must look like. So far it’s been utterly impossible for me to [...] 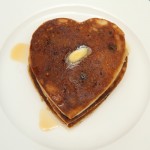 For as long as I can remember I’ve helped my mother bake. I must’ve been 4 or 5 when I first recall standing on a kitchen stool and mixing butter, sugar eggs and flour to make a cake. The best part of “helping” my mom make cakes, [...] 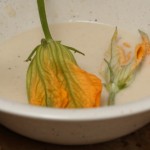 Fritta è buona anche una ciabatta. It’s what Laurens always says whenever I debate frying something. His great-great grandmother used to say it and the saying went down many generations. It’s an old Tuscan saying which translates to ‘even a slipper is tasty when it’s fried’. (Ciabatta, the bread, is named after [...] 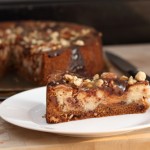 Now I realize that making cheesecake a second time isn’t really an accomplishment worth [...]