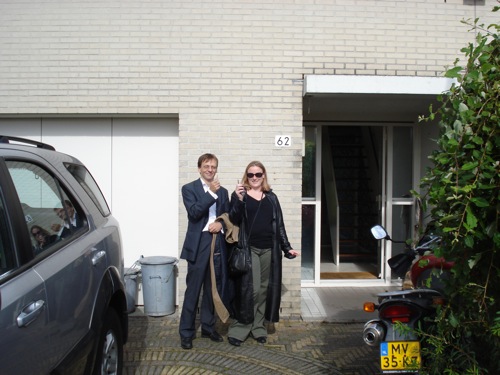 I can hardly believe that it’s 4 weeks ago today that we actually moved. Time surely flies by.
It feels like yesterday that we first went to look at the house, then took care of all the paperwork, then closed on the house, worked on it and moved.

I guess it can’t have been yesterday, as there’s no way you can do all that in a day. A week though, that’s more like it. Not a month since we’ve moved. 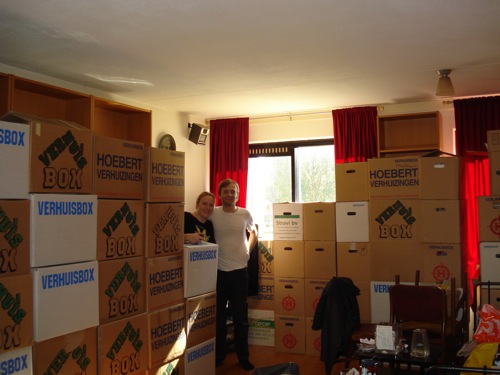 The house is nowhere near done. We still have more stuff to move in from storage (we wanted to wait with that until most boxes were cleared out), we still have some painting to do (mainly hallways). Art needs so be hung (And figured out, what goes where).  We’ve still got ways to go b efore it’s finished, but we’ve made good progress. 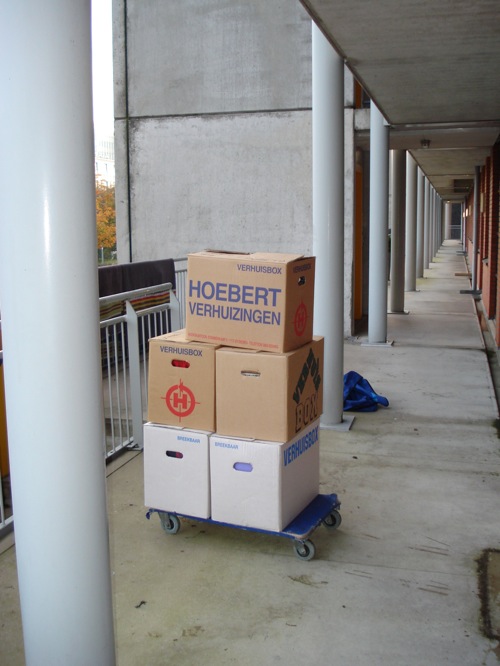 We have lights everywhere. The closet is fully functional and clothes are unpacked. The kitchen only really needs a bigger table. The second fridge works like a charm. My great-grandma’s closet has found it’s place (And is filled with glasses and bottles of wine and liquor). The admin-room and the crafts room have been painted and shelving systems and cupboards have been put up. Most of my crafts-stuff has found a home even. 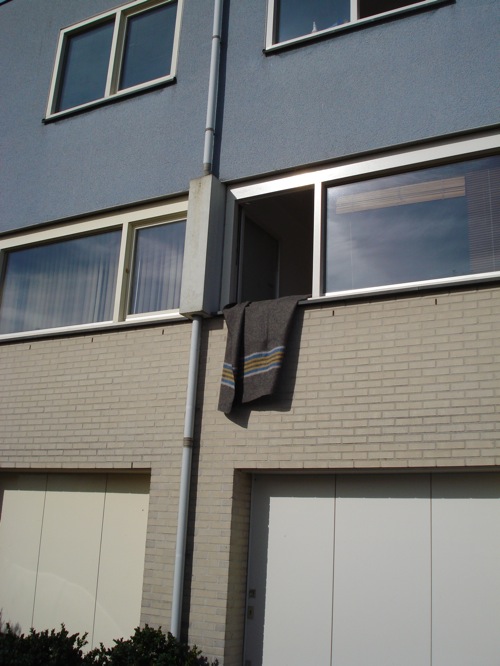 And most important, we have a name plate on our door.

L claimed that the name plate didn’t have anything to do with owning the house. And I’m sure legally he’s right, but emotionally, that’s when the house was really, utterly, completely ours. 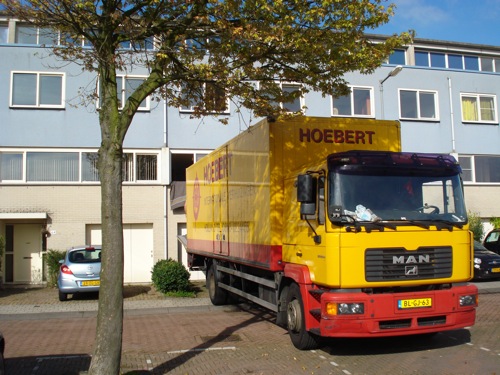 We’ve found our routines, I’ve started cooking again. We’re able to keep our kitchen looking nice, just because there’s room to place things. Sure, I still want my nice grocers cupboard, at some point, because it looks pretty and it would give me the opportunity to spread some things out even more. But it’s not a necessity, because everything has it’s place. 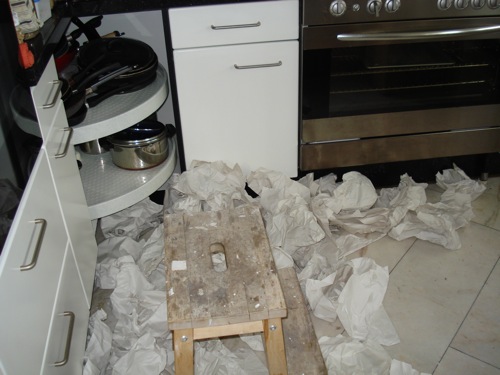 What’s funny is how you keep finding new things you really enjoy or appreciate. The lazy-suzan-cabinets I have, for instance. In the old place I had a cupboard that just went around the corner and you’d have to sit on the floor and remove half the contents before you could reach something. Now the corners have a turning system, which works wonderfully. I have 2 of them, one keeps my pots and pans, the other keeps containers for leftovers and baking stuff (pie pans, cake pans, muffin tines, a turntable, you name it.
I’d figured it’d be nice not to have to reach behind things, but I never realized just how much I would love that system.

Another thing I love is the bathtub. That’s one I knew I loved though. We didn’t have a tub at the old place. Heck, I haven’t had a real tub in any of the houses or apartments I’ve liven in in Holland, not since birth. But I do so love soaking in a bathtub. And I’ve done so quite a few times already. The sauna isn’t used as much as the tub, but then again I didn’t expect it to be used extremely often. So far we’ve used it twice, and I anticipate us using it about once a month. And that’s fine. It’s nice to have a sauna, really nice, but I really don’t need to sit in it every day. 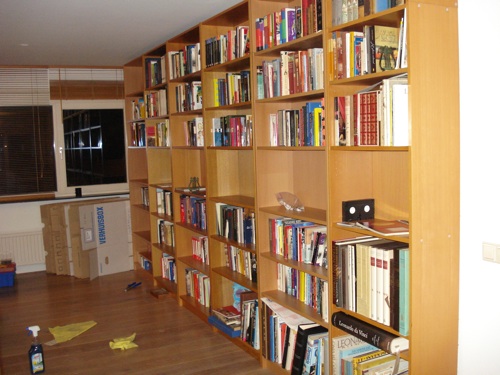 All in all, 4 weeks later, you could say we’ve done a lot. Especially considering we both have full time jobs, so there’s no time to work on the house during the week. Slowly but surely we’ve found (And are still finding) our new routines. And most importantly, slowly but surely it’s growing from ‘our new house’ to ‘our home’.
As Dorothy has told millions and millions of viewers, “there’s no place like home”.
I’ve found mine!

Tagged with: A new place to cook!