We moved! (and are eating stew) 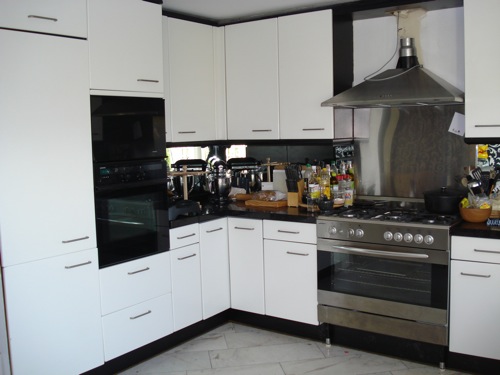 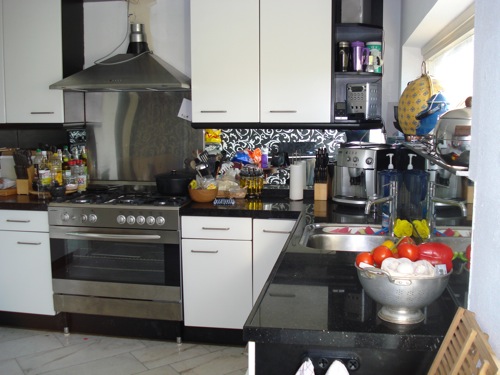 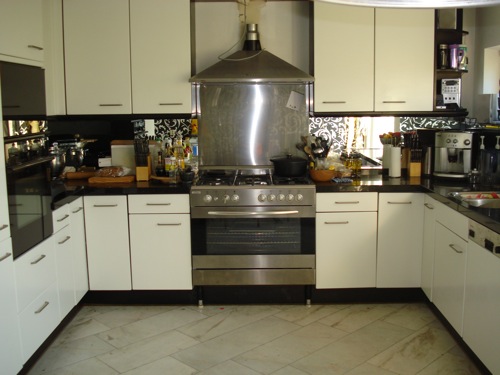 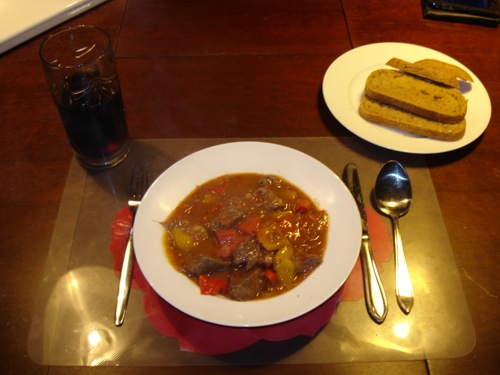 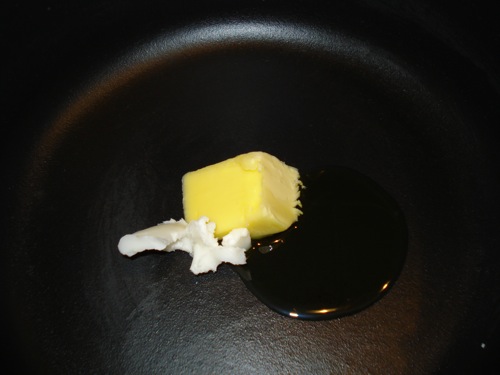 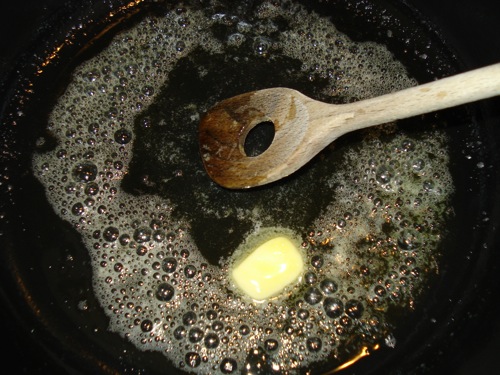 Dredge the beef with flour and a bit of the seasoning. Place your fat in a Dutch oven (I use a combo of butter, lard and olive oil for flavor) and let it melt. Place the beef in the pan and brown it on both sides. Add the onion and the garlic. When the onion turns slightly glassy, pour in some wine (optional) and let it simmer for a minute or 2. Then add enough water to mostly cover the beef. 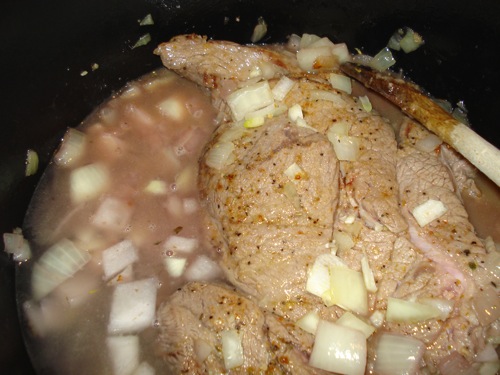 Get the liquid to a slow boil and add the green pepper and 2 of the tomatoes. Add the bouillon cube and let it simmer for close to an hour. 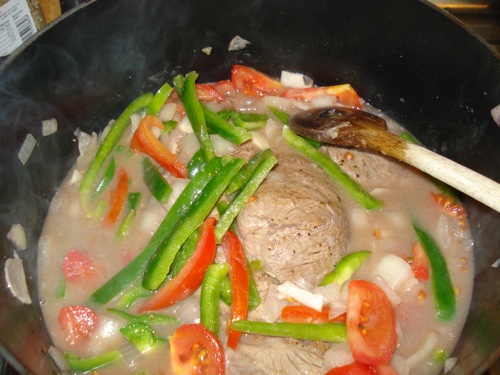 Taste the sauce and add salt to taste (the amount really depends on your seasoning and the amount of liquid you needed to cover your beef, if your seasoning has salt, wait until you serve to check it. You might not even need to add any, I used a salt free seasoning, so I needed a good pinch.)

Add the rest of the tomatoes and yellow and red pepper. Let it simmer for another 30 minutes or so, until the meat is very tender. Remove the meat and cut it into smaller chunks. Add the meat back into the pan. 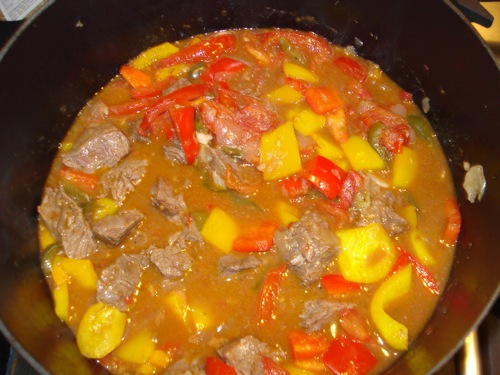 In a small bowl combine 2 to 3 tablespoons of flour with some more seasoning and a some of the liquid from the pot. Mix well to avoid lumps. Add the flour mix to the stew to thicken it. Cook it for a couple more minutes, so it thickens and serve with some nice crusty bread.

One Response to We moved! (and are eating stew)