“It wasn’t difficult”, Perugina’s chief chocolatier told me, “it was impossible.” 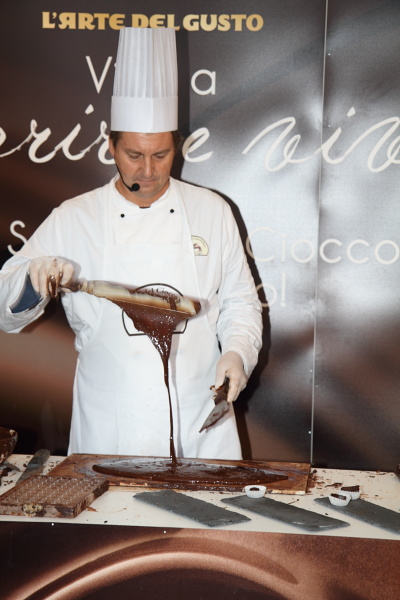 Laurens and I visited Taste of Milano the day after a massive thunderstorm which cooled all of Milan off quite nicely. The previous days it had been 29-31 degrees celsius. Perugina’s exhibit at Taste of Milano consisted of a demonstration in the fine art of chocolate making. This includes tempering, which requires the chocolate to be heated up and then cool down to 27 degrees. “When the outside temperature is over 27 degrees”, the chocolatier explained, while continuously scooping around the chocolate to cool it down efficiently, “you can’t temper chocolate, you have to make something else.” 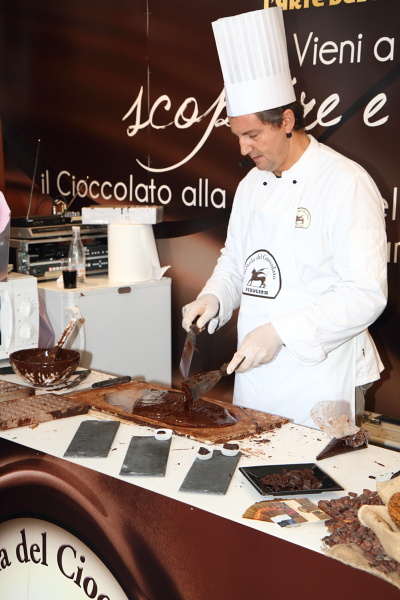 The weather was 'cool' enough for the chocolate to be tempered

Fortunately the temperature had come down to about 24 degrees when we visited – cool enough to temper the chocolate and show me how to do that. And – more importantly – to let us taste the delicious chocolates he’d just made. 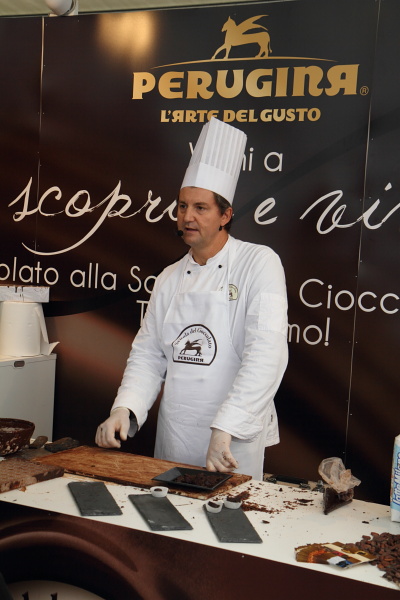 Between tempering and stirring and filling the chocolates, the Perugina chocolatier generously shared his knowledge with me.

The chocolatier was extremely helpful, answering my questions in English and, when a large crowd of Italians showed up, talking slow enough so that I could follow what he was doing. 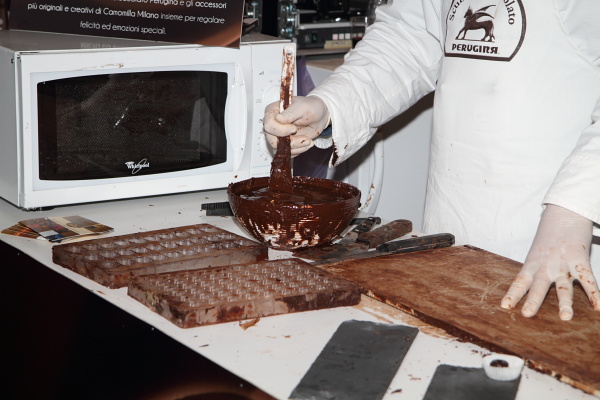 After cooling part of the chocolate down to 27 degrees, the chocolatier places it back with the warmer part and mixes well so the entire batch reaches the optimum temperature for creating chocolates with a nice gloss and bite.

Perugina’s most famous chocolate, named “baci”, is sold in grocery stores and airports (that’s where I saw them) around Italy (and available around the world). They now come (also part of their exhibition) in white chocolate as well as the dark and milk chocolate versions they already had. Having filled my tummy at the Perugina stand, I can honestly tell you, I have no favorite, I love all their chocolate! 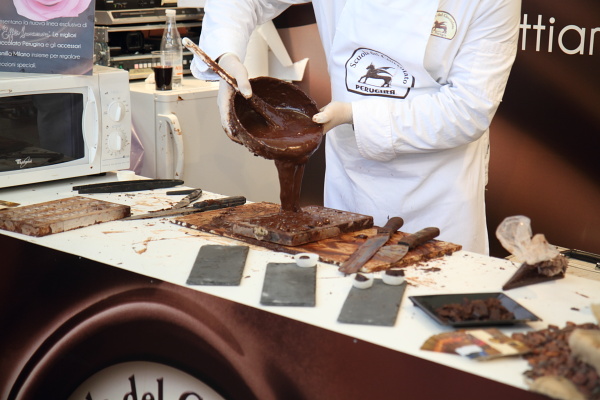 The Perugina chocolatier fills his chocolate mold with the tempered chocolate.

Note: Perugina has no idea who I am, besides possibly the chocolatier remembering that weird English speaking Dutch girl who kept asking questions (and eating his chocolate). This post solely reflects the awesomeness of the chocolatier at their Taste of Milano exhibit.