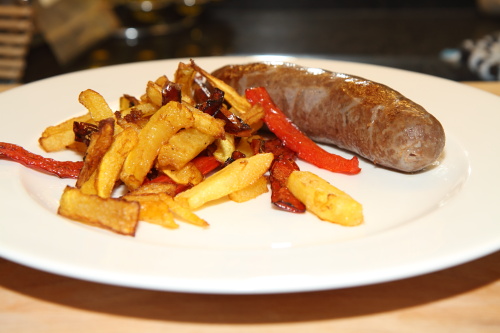 How do you test out brand new knives?
By cutting, obviously. 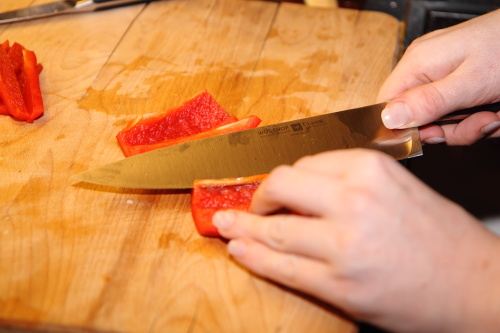 How do you get people to eat anything?
Fry it! 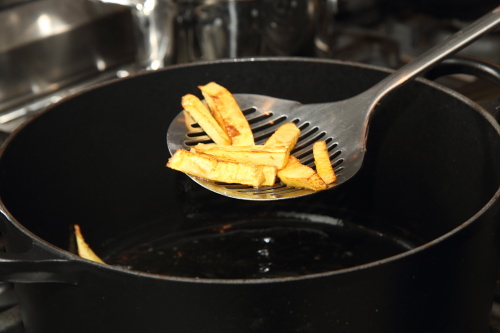 An apparently known Italian saying is ‘Fritta è buona anche una ciabatta’, Laurens’ grandma used to tell him that. It means ‘even a (house)slipper is tasty when fried’. (Never knew the tasty bread was named after house slippers, or would it be the other way around? And why?)

Now I don’t know about frying shoes, or slippers. I doubt that’d be really tasty, not even if they’ve only been used indoors. But we all understand the essence of the saying. Frying foods makes an instant treat. 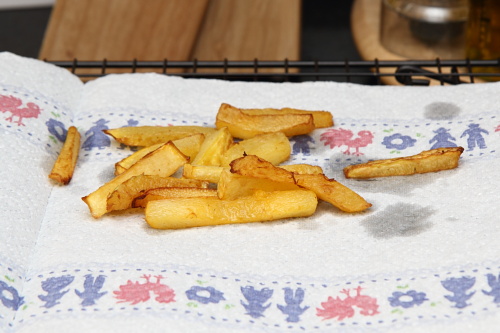 So that giant banana squash that never got finished, I made fries out of it. Healthy, happy, wonderful fries. No sauce needed! I also had a red pepper left that wanted to be used, so some pepper fries were added too.

I just cut fries-size strips of the squash (And pepper) and fried it in vegetable oil. That’s it! Super-dooper-easy. And tasty too. L and I actually debated whether kids would be angry because they got served vegetables, or happy, because they looked like fries. Since we don’t have kids, we couldn’t try it out, but my almost-4-year-old cousin is coming over Sunday, so I bet we can test it out then (and have his mom be happy we’re not just feeding him candy and chips.) 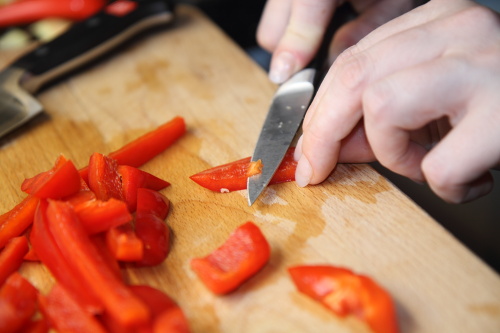 Now I really don’t think I should start frying everything, as it’s still not the healthiest way of preparing foods. But once in a while, or when there are picky eaters around, I’ll definitely make these again.

Cut the squash in strips that resemble french fries. Put them in the microwave for a minute to pre-cook it a bit. Sprinkle a little flour over them, for added crunch. Fry in hot vegetable oil until nice and crispy. Enjoy!
[/print_this] 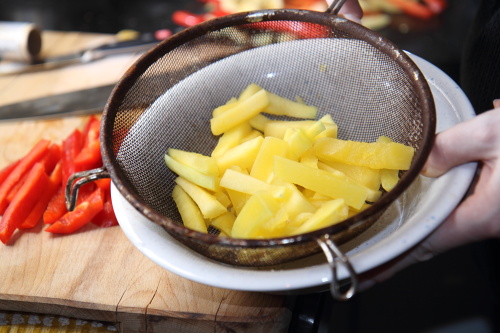