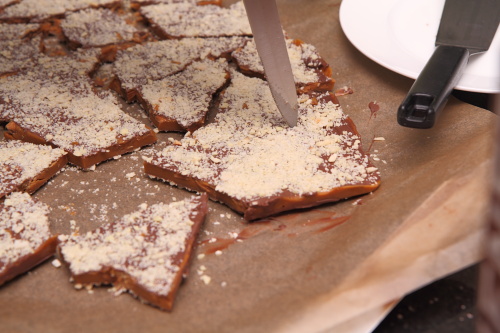 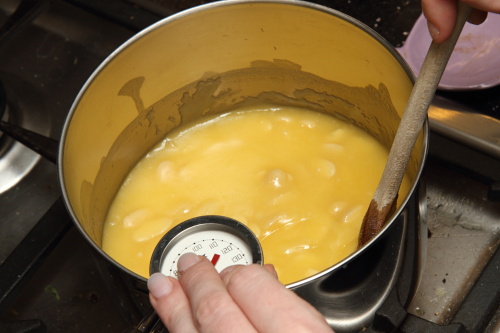 I’ve always loved  almond toffee, from the first time I ever tasted it. Love it! Unfortunately my favorite toffee is extremely expensive and only sold in Colorado (or you have to get it shipped, which makes it even more expensive.) 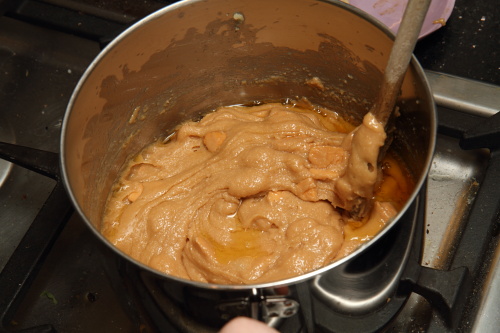 And before this year I’d never thought of making it myself. I don’t know why, but it just never occurred to me that it was something you could do yourself. 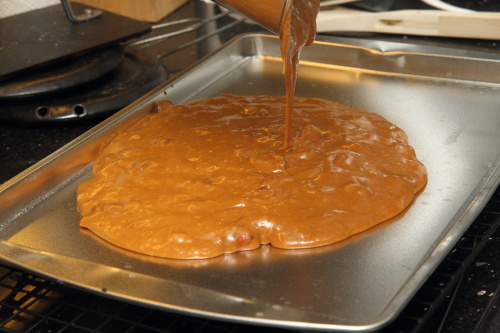 Fortunately this year (well, last year, it is 2011 by now…) I decided to use my brain and look up a recipe. 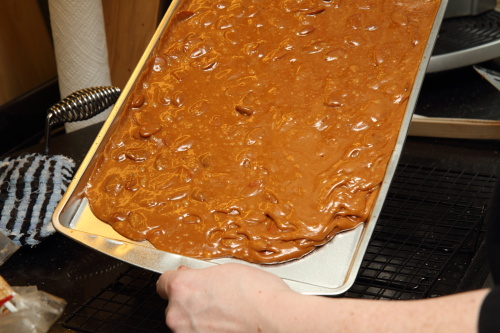 I barely altered the recipe I found, just used himalayan pink salt instead of regular salt, halved almonds instead of slivered ones inside the toffee and I used a piece of good quality chocolate instead of chocolate chips. The result was toffee that tasted exactly like the crazy expensive stuff I buy in Colorado, for a fraction of the price (and about a half hour of my time). 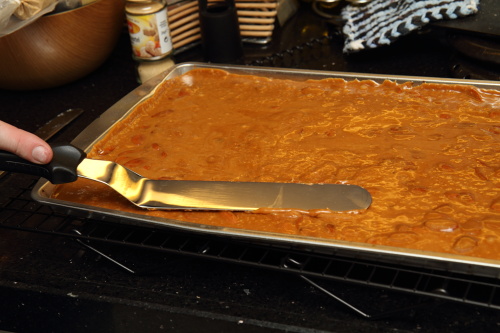 I will definitely keep on making this every year, possibly for every holiday! Who says you should just have toffee around Christmas? 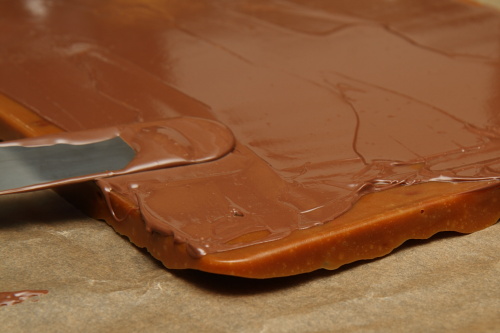 [print_this]Almond toffee (recipe altered from Marilyn Moll, who got it from someone who worked at Enstrom’s) 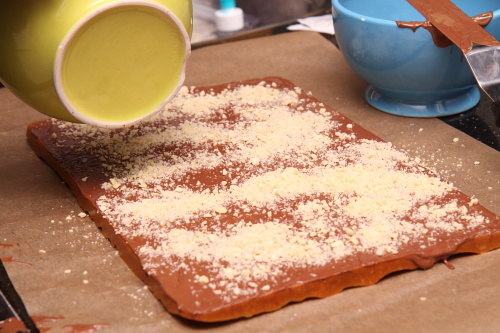 Look at the pictures, they show most stages, so you’ll know what to expect!

Melt the butter in a saucepan and add the salt. As soon as the butter is melted add in the sugar and start stirring constantly. As soon as the sugar is well stirred in, add in the halved almonds. (Make sure you have raw almonds, they’ll toast in the sugar!!!!)
Keep stirring over low to medium heat for a while. The mixture goes through a couple of changes while cooking. First it’s liquid and light colored, then it’ll get just slightly darker (but still really light colored) and get thick and sticky and harder to stir. The butter might start to separate out of the mixture. Don’t worry about that and just keep stirring that back into the sugar mixture. At some point it’ll incorporate back into the sugar mixture, which’ll get thinner and darker. You can up the heat a little now too.
Use a thermometer to figure out how close to ready you are, keep stirring until you reach 290F (140 C) or until you reach ‘hard crack stage’. If you don’t have a thermometer and/or ice bath ready, at some point it’ll slightly start to smell like burnt sugar, but you it isn’t burnt yet. That’s the point where the toffee is ready!

Note of caution: you really NEED to keep stirring and smelling and just generally keep an eye on your toffee. It changes really quickly once you’re almost there, so that’s not the time to let it stand.

Have a smallish cookie sheet standing ready to pour the toffee into, and a cooling rack to place the sheet on. The toffee mixture will be VERY hot, so if you don’t have that cooking rack there, you can easily warp whatever you’re placing it on. (Plus it’ll take 10 times longer to cool and harden.)

Once you’ve rached the slight burny smell/290F/hard crack stage, pour the toffee into the cookie sheet and move that around to fill out the sheet evenly. Let it cool and harden.

Once the toffee is hard, it’ll have pulled away from the side of the cookie sheet a little and it’ll release very easily. (So no need to grease that cookie sheet!) 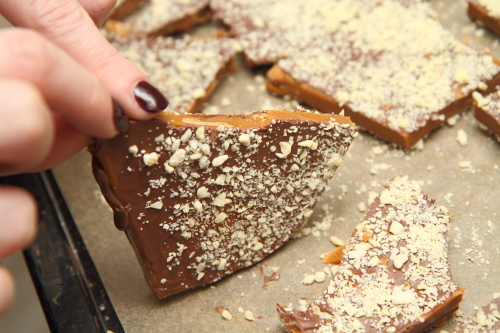 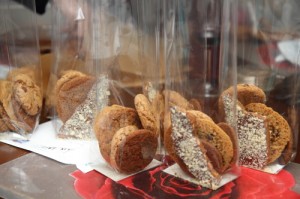 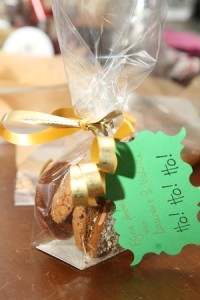