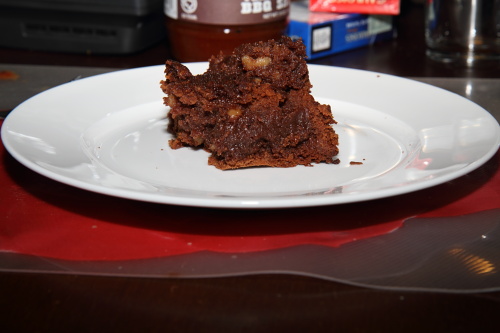 Yes, it’s true, I totally failed making fudge.
I didn’t do it on purpose, I was really looking forward to eating fudge. On the upside though, it gave me the chance to make failed-fudge-brownies. A blessing in disguise!

So I guess it would’ve been wise if I’d read up on making fudge before delving in. I didn’t, which is the reason my fudge failed. I guess it was destined to fail though. If I’d bothered to look up what I looked up after I failed it, I would’ve probably realized why I’ve never seen real fudge sold in the Netherlands. 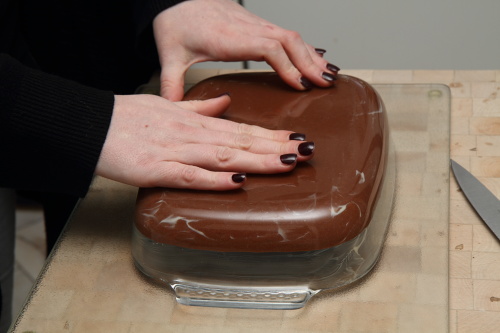 Apparently fudge cannot be made in humid weather.

Seriously, who knew??? (Apparently a lot of people, shhhh, I know, research, yadayadayada, I didn’t know though!) 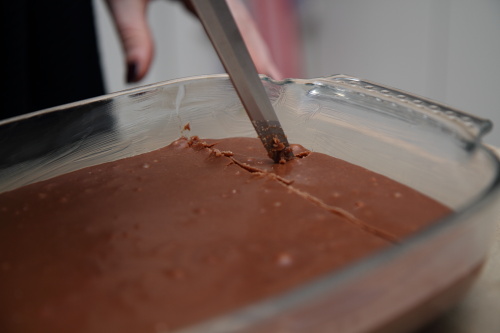 Amsterdam, where I live is a very humid place. We live below sea level and have a lot of rain and all that stuff. Our relative humidity outiside was actually 87 last night. Ya know, when it was freezing. At the same time my house could use some humidity as I’m drying it out way too much with my heater, but still. So the humidity around my kitchen, is at best a little shaky. Not good for fudge making. 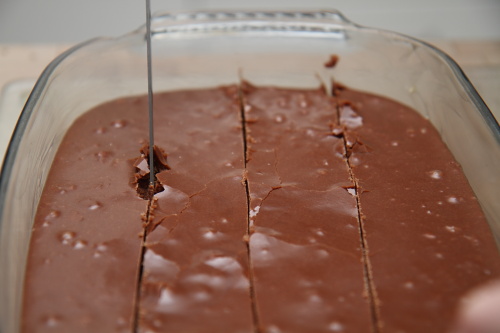 Another thing I found out is that fudge is really really uber-super sensitive to when you stir and how much and the right amounts of ingredients and all that.
Now I knew that candy making was hard, but toffee went easy-peasy without a candy thermomether. And I always wing it and make it work, so I didn’t pay the very closest attention to when to stir or not.
I honestly didn’t believe it would be that specific, that scientific.

Now I love love love science, but I really can’t be bothered with it in the kitchen. I like my dashes of this and bits of that, an extra egg, some more chocolate, a pinch of this and see what happens. That’s the way I cook and bake. And I’ve always gotten away with it. Breads, cakes, pastry, seriously, it always works out in the end.

Alas, finally, when I’d admitted that my fudge had failed, I looked up how to fix it, and found ‘failed fudge brownies’. Add an egg, some flour, some milk and bake in the oven. Now that I could do! 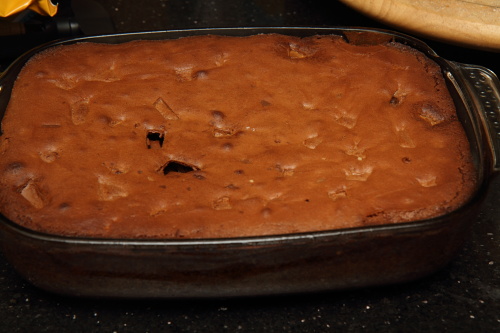 The results are in, and these brownies are just wonderful. Very fudgy. Very tasty, and very easy to make. I loosely followed the given recipe, and wham-bam-thank-you-ma’am, delicious brownies.

Now that’s what I call a succesful experiment!

Making fudge can be crossed off my 11 in ’11 list. I tried it, it didn’t work, I’ll get over it. (And I might make it again some time in order to make these brownies!)